Some people consider Canada the best country to live in the world and Vancouver is a big reason why the public perception is that good. Vancouver is one of those great cities where you can do just about anything. The beach life is great and you can ski, swim or surf depending on what part of the city you’re situated in. The sea creatures such as orcas can be seen dancing in the water, you’d go for a walk around and pass by the urban park, and you might as well just decide to chill with the people of the city or fellow tourists if that’s more your style. Vancouver, Canada is a premier option to travel to as a vacation destination. Located in the middle of two valleys and having a mesh of tropical rainforest and a typical temperate region, this younger city is phenomenal.

Vancouver is brimming with life and variety, widely seen as the top city when it comes to diversity of ethnicity. After hosting the Winter Olympics of 2010, Vancouver came into the spotlight of the global eye and became seen as one of the prime tourist destinations. Vancouver, Canada attraction is partly due to its great climate that is conducive and moderate for the most part and also because of its wide array of activities to perform outdoors. It has at least 3 elite mountains to visit and they are all close to the populated areas of the city such as downtown Vancouver. Due to the closeness, one of the top things to do in Vancouver is taking a nice hiking up the mountainside or camping in one of the many campsites in the area.

Another positive thing that can be said about the city is its water bodies, with many rivers for you to visit and take pictures of and near. Another reason why the world considers Vancouver, Canada attraction is because it has what is considered among the longest seawalls in the entire world, so one of the things people do when visiting the city is to go and see the seawall. Whenever you travel to Vancouver, Canada, there are so many activities you can engage yourself in regardless of your ethnicity, interests, or age group.

As you wonder about the exciting things to do in Vancouver, a prime candidate that comes to mind is to pay a visit to this museum. Located inside the uni, the museum has a vast collection of aboriginal designs that are both old and new. The best part about these works is that each one is important and they come together to inform people visiting about many things relating to the formation of the city itself. If you’re someone who is interested in history and wishes to imbue himself or herself in something new, give this place a visit and be wowed by the ten-thousand-year-old story involving the Lower Mainland.

In case you want to engage in a more physical activity as part of the things to do in Vancouver, you might want to try hiking through this popular natural landmark. Located at the bottom of a mountain, going through the experience and coming out the other side is a sure-fire method through which you’d be respected among the people. The place is basically an alpine as high as 850 meters. Considering all the strain on the muscles that you overcome and the tenacity required to hike to the top successfully completing this grind is a fantastic feeling and once you’re at the top, nice drinks await you as well as a one-of-a-kind perspective on the city itself. After taking time to get yourself back, you can rest and rise the gondola down while basking in a fantastic descending view.

According to Trip Advisor, Stanley Park is the best park on the globe which is no mean feat considering the other great parks in several nations. One of the reasons it won such a difficult award is due to the ability for tourists and anyone to cycle around a forest – I mean the whole way around – and check out old-growth forests, places where former villages belonging to aboriginal people are located, relax at the beach while digging your legs into the sand, play around with sea animals, and rest near the rose garden. There are a couple of places where you can rent a bike to use for cycling around the park.

Taking a drive up this highway is regarded as a near-peak fantastic experience when compared to others in the world. This experience gives tourists a 1 hour thirty minutes ride from downtown Vancouver, Canada and you keep going until you arrive at a town named Whistler. It’s a skiing town and on your way there, you’ll witness phenomenal-looking vistas, great waterfalls, and a suspension bridge. So, when you travel to Vancouver, Canada, fill your tank, get some snacks, and go for a drive.

While you go out to see the several places of interest in Vancouver, be sure to branch by Chinatown, a special and long-lasting Asian neighborhood and also one of the larger areas. On reaching there, try to go downtown to the Financial District to see a lot of shops that might interest you but will definitely amaze you. There are shops that sell stuff at a cheap rate, but one of the most amazing things you might experience there will be the Dim Sum restaurants. On Sundays, especially, you get to really bask yourself in another culture and have conversations with people who have been part of ages of tradition and family harmony.

Top 10 Travel Hotspots Where Indians Can Get Visa on Arrival 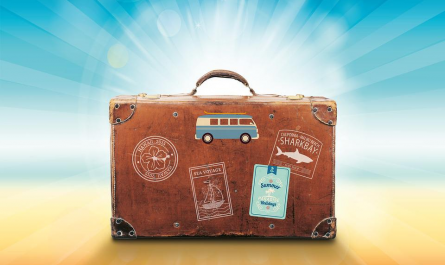 5 Travel Destinations I Would Visit If I Win A Lottery