To understand the modern world, one must have a solid understanding of history. It teaches and educates us about earlier conflicts, and may provide insight into present affairs. Let’s dive into the famous Kanpur Sangrahalaya to understand its history, heritage, and culture.

Kanpur, one of Uttar Pradesh’s main cities, was a British garrison town prior to India’s independence. Kanpur is renowned for its historical and cultural significance, thanks to its long history and rich heritage. It is also one of the first industrial towns in North India, with a focus on leather and textiles. The city earned the moniker “the Manchester of the East” thanks to its sizable entrepreneurial population, which has driven industrialisation for decades.

An insight into Kanpur Sangrahalaya

Kanpur City, the capital of Uttar Pradesh and home to the renowned Kanpur Sangrahalaya is the official museum in Kanpur, India. It was constructed under British rule as King Edward Memorial Hall in honour of Edward VII. It is a collection of relics and exhibitions that describe the occasions and figures that shaped Kanpur city and provide many fascinating details about the city’s past.

During the British colonial era, Kanpur was referred to as the Manchester of Asia. European traders who had relocated to Kanpur felt the need for European-style entertainment. Therefore, building work on a ballroom started. King Edward Memorial (KEM) Hall was built as a memorial to honour the king’s 1876 visit to Kanpur after his death in 1910, and it bears his name. The park’s funding came from both Indian and European traders who had established businesses in Kanpur.

The hall was under construction when World War I started, and wounded British soldiers were housed there. KEM Hall served as an orthopaedic rehabilitation centre following the war and changed its name in 1920 to Harcourt Butler Technological Institute.

After World War I, in 1918, the hall’s construction was finished. It was utilised by European settlers for cultural events, and on occasion, wealthy Indian merchants would rent it for weddings.

Kanpur Sangrahalaya, which is a holder of relics and displays the tale of the occasions and people that have guided in the building of Kanpur city.  The museum is located on the grounds of Phool Bagh and takes you on a tour through Kanpur’s history, beginning with the early colonial era and ending in the late 20th century. Back in 1999, the museum’s name was changed from “King Edward Memorial Hall” to “Gandhi Bhawan.” The Museum is open from Tuesday to Sunday from 10:30 am to 4:30 pm but remains closed on Monday.

How to reach Kanpur?

To experience the history of Kanpur Sangrahalaya, the best way to do so is by travelling by car from Lucknow, which is the area’s closest city, and is the ideal way to explore everything all at once. You can book a car from Car Rental in Lucknow and have your trip entirely customised to suit your preferences, schedule, and financial constraints. The services of the rentals are very affordable, and the driver is friendly, which will make your journey quite comfortable.

A treasure house of antiquity

The museum’s main attention is its historical artefacts from the Indian Freedom Movement. There you can see a vivid representation of the entire timeline, from the 1857 uprising to the last moments of the Indian independence movement. The museum showcases a range of remarkable artefacts from earlier ages, including the independence fighters’ books, poetry, and costumes.

But the major attraction there is the displays of the weapons used in the wars, which varied from small arms and handguns to massive cannons. The museum provides detailed information on the prosperous trade and industry throughout the colonial era.

You can also visit other attractions in Kanpur, such as Kanpur Zoological Park, Moti Jheel, Green Park Stadium, Kanpur Memorial Church, and more. So, start your journey to discover the famous history of Kanpur from Lucknow to Kanpur Cabsthrough their website and sit back and enjoy the scenery, food and rich culture of Kanpur through your journey. 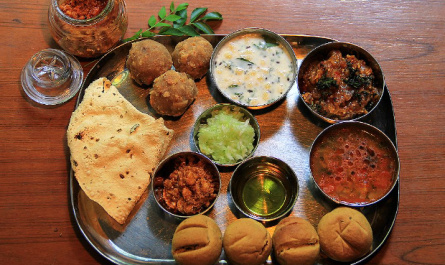 Why is work-life balance important