Latest Technologies in NFL That Are Changing the League

The National Football League (NFL) is a famous professional American football league in terms of viewers and revenue. In recent years, the league has seen a continuous increase in fans wagering on NFL odds, increasing the amount of money generated.

As the popularity of the sport increases, so does the need for the latest and greatest technology. The NFL has been at the forefront of using technology to improve the game-day experience for fans and players alike.

Here are some of the latest technologies getting used in the NFL:

Virtual reality (VR) is increasingly used in the NFL to help players train and prepare for games. For example, the Dallas Cowboys have been using VR to give their players a realistic game-day experience.

Other teams are using VR to create simulations of opponents’ playing styles. This helps players study their opponents and be better prepared for what they will face on the field.

NFL broadcasters are also using virtual reality to create immersive experiences for viewers. Fox Sports, for example, has created a virtual reality app that gives fans a 360-degree view of the game.

Augmented reality (AR) is similar to virtual reality but superimposes computer-generated images in the real world. The Minnesota Vikings use AR to give their fans a unique game-day experience.

The Vikings app lets fans see real-time statistics and information superimposed on the field. They can also see replays of plays from multiple angles. This allows fans to see the game in a whole new way.

Player tracking is a technology that uses sensors to track players’ movements on the field. This data is then used to analyze player performance and make game-play decisions.

The NFL has been using player tracking since 2014, and the data collected has led to some interesting insights. For example, the league has found that the average player runs about 2.5 miles during a game.

Helmet sensors are another way to collect data on player performance. These sensors measure how hard a player gets hit. This data is then used to help prevent concussions and other injuries.

The NFL began issuing each player with a sensor-equipped helmet in 2013. Since then, the league has collected a wealth of data that is helping to make the game safer.

Ball tracking is a technology used to track the movements of the football. This data is then used to analyze player and team performance.

The NFL began using ball tracking in 2015, and the data collected has led to some interesting insights. For example, the league has found that the average pass gets thrown at about 50 miles per hour.

Next-gen stats are a set of advanced statistics that get used to analyze player and team performance. These stats go beyond the traditional stats like points, yards, and turnovers.

Next-gen stats include how far a player runs during a game, how many tackles they make, and how often passes target them. This data is then used to help teams make better decisions.

The cloud is a network of computers accessible from anywhere in the world. The NFL is using the cloud to store and share data.

For example, the league uses the cloud to store game footage and player tracking data. This data can then get accessed by teams and used to improve player safety and performance.

Artificial intelligence (AI) is a technology used increasingly in the NFL. The league is using AI to collect and analyze data.

For example, the NFL is using AI to study player movements. This data is then used to prevent injuries and help players recover from concussions.

Pylon cameras are a relatively new addition to NFL stadiums, but they significantly impact the game. Pylon cameras are typically mounted on the goalposts and provide officials with another angle to review plays.

They are beneficial for reviewing plays involving the end zone, as they can help officials determine if a touchdown gets scored or the ball is out of bounds.

Playbooks have also evolved in recent years, thanks to advances in tech. Today, playbooks are often digital, which allows coaches to make updates and changes quickly and easily.

Additionally, digital playbooks can be shared with players electronically, making it easier for them to learn and execute plays.

The NFL is a league that is always looking for ways to improve the game. In recent years, the league has been on the cutting edge of technology, with some initiatives aimed at making the game safer, more efficient, and more entertaining.

The technologies described above exemplify how the NFL uses technology to enhance the game.

The reasons to indulge in a game of online rummy 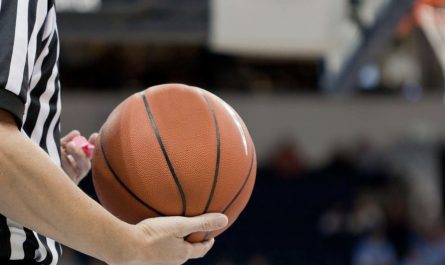